Colson Whitehead, in the clip above, namechecks a useful list of zombie flicks and post-apocalyptic scenarios set in New York that hover in the margins of his novel Zone One. But his zombies have more mundane counterparts in the contemporary city. “It’s not hard for New Yorkers to picture zombies,” Whitehead is quoted in the Time post that accompanies the video. “You take the subway, you go to Whole Foods, and you’ve got a series of stock characters to draw from.”

The novel opens with a 21-page sequence that toggles between Mark Spitz’s memories of just such a pre-apocalypse Manhattan, flashbacks to “Last Night” and the early days of “the ruin,” and a present-day scenario in which Spitz and his crew battle four zombies inhabiting the Human Resources department of what had been a law firm in lower Manhattan. The action sequence at this stage is a little hum-drum for a zombie novel and only crops up intermittently between Spitz’s lyrical longing for a bygone era that, somewhat paradoxically, he seems to have loathed. (Maybe this is why the novel begins with an even earlier memory of an innocent childhood longing to live in Manhattan; in any case, Spitz’s thoughts seem to drift regularly. “The man gets distracted,” his co-worker Gary comments [26].) We learn early in this opening sequence that post-apocalyptic “reconstruction,” with a government centered in Buffalo, has already “progressed so far that clock-watching ha[s] returned,” and Spitz, who works as a zombie “sweeper” reclaiming city blocks one by one, finds the work a little boring. The pun on zombies working in Human Resources is only half the joke; Spitz — now a janitor of the undead — was destined to be a lawyer, and here he is, practically punching the clock.

Whitehead’s zombies are a special sort. Sure, there are some fierce ones — the skels — who’ll gladly pin you down and suck your brains out. But the more common kind, the “stragglers,” are the ones who resemble the folks in the Whole Foods lines, or maybe their country cousins at Walmart. These are the ones who just keep going to work, stuck in daily rituals of workplace productivity: “The former shrink, plague-blind, sat in her requisite lounge chair, feet up on the ottoman, blank attentive face waiting for the patient who was late, ever late, and unpacking the reasons for this would consume a large portion of a session that would never occur” (49). 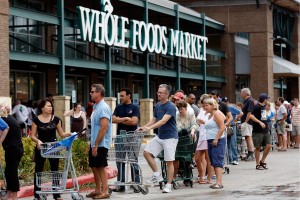 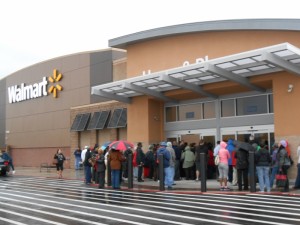 As Gary also points out, the line between those “killed in the disaster” and “those who had been turned into vehicles of the plague” is thin at best. Either way the went, “they had been honed and trained so thoroughly by that extinguished world that they were doomed in this new one” (25). They were already zombies, in other words.

I’m reminded whenever I think about Zone One of an op-ed, written by Amy Wilentz, a UC-Irvine journalism prof, that ran in the New York Times around Halloween a few years ago. It had to do with the origins of zombies in the context of New World slavery — a different, but related, kind of zombie economy. Some highlights:

Most people think of [zombies] as the walking dead, a being without a soul or someone with no free will. This is true. But the zombie is not an alien enemy who’s been CGI-ed by Hollywood. He is a New World phenomenon that arose from the mixture of old African religious beliefs and the pain of slavery, especially the notoriously merciless and coldblooded slavery of French-run, pre-independence Haiti. In Africa, a dying person’s soul might be stolen and stoppered up in a ritual bottle for later use. But the full-blown zombie was a very logical offspring of New World slavery.

Wilentz asks, near the end of her piece, why we see such a resurgence of zombies in popular culture in recent years (at least in Europe and the US) and offers this explanation:

Of course, the zombie is scary in a primordial way, but in a modern way, too. He’s the living dead, but he’s also the inanimate animated, the robot of industrial dystopias. He’s great for fascism: one recent zombie movie (and there have been many) was called “The Fourth Reich.” The zombie is devoid of consciousness and therefore unable to critique the system that has entrapped him. He’s labor without grievance. He works free and never goes on strike. You don’t have to feed him much. He’s a Foxconn worker in China; a maquiladora seamstress in Guatemala; a citizen of North Korea; he’s the man, surely in the throes of psychosis and under the thrall of extreme poverty, who, years ago, during an interview, told me he believed he had once been a zombie himself.

It would be interesting to put Wilentz’s argument in conversation with the sense we get from Whitehead’s novel that corporate capitalism — the legacy and perpetuator, in many ways, of the slave trade that fueled the first global economy — can’t help but be a zombie-making machine.

How does Zone One‘s social satire of our own post-Fordist economy stack up against earlier plague narratives we’ve read? In certainly seems related to Camus’ indictment of bureaucracy. You might also be interested in this essay on Defoe and zombie films.

I also posted a link to this piece from Lapham’s Quarterly earlier in the semester that should be newly meaningful to you this week; it argues that Zone One‘s version of zombie apocalypse owes as much to Defoe as it does to Dawn of the Dead:

What A Journal of the Plague Year doesn’t have is zombies—at least not explicitly. Still, the numberless, suppurating victims are apt to behave like the undead at every turn, crowding the novel with “walking putrefied carcasses, whose breath was infectious and sweat poison.” These abject and degenerating bodies, disfigured by the “tokens” of disease that look like “small Knobs…of callous or Horn,” can turn on others, even running through the streets actively seeking to infect people impressed “with a kind of Rage, and a hatred against their own Kind,” as if the sickness itself were filled with an “evil Will” determined “to communicate it self.” Thus babies kill their mothers, and men tackle women in the street hoping to infect them with a deadly kiss. Others manage to dodge the disease, only to be disfigured by the weight of madness or grief.

Granted, there is none of the urgent panic attendant on hacking one’s way through a shambling horde only to turn around and see the second wave. This lends the novel a kind of studious detachment as H.F. traverses the city in an effort to comprehend the scope of the visitation through a process of quantification and statistical computation—tallying the bills of mortality, measuring the size of the municipal grave pits, and delineating the necrotic geography of ravaged neighborhoods. …

Ultimately, as with all these narratives, the real plague is modern life. Physicians trace the disease to a package of silks imported from Holland that originated in the Levant, spreading the infection through the ports, mills, marketplaces and manufactories that form the early-modern economy. Quarantines and barricades prove useless against the commodity’s voyage; but while the products themselves may be infectious, it’s the appetite to possess them that truly kills. In this, A Journal of the Plague Year presages the lurching mallrats of Romero’s Dawn of the Dead, who continue the puppetry of consumption into the undead afterlife, a theme that is similarly taken up in … Zone One, where the post-apocalyptic reconstruction of New York provides opportunities for branding and product placement, and where the “Ambassadors of nil” evoke nothing so hellish as Times Square tourists, boring girlfriends, and the hollow communications of sitcoms and social media.

What’s left out of this analysis? You might be interested in this longish review of Zone One, which places the novel indirectly in the kind of context Wilentz invokes by addressing what the novel does — and doesn’t — say about the history of race in America. But we shouldn’t overlook the novel’s commentary on nostalgia as a driver of capitalist consumption. Spitz had “always wanted to live in New York” because of romantic attachments borne of movies and other media, and when one character asks him his post-plague plans are, he answers: “Move to the city.” How different is he from the hordes he’s hired to clean up? 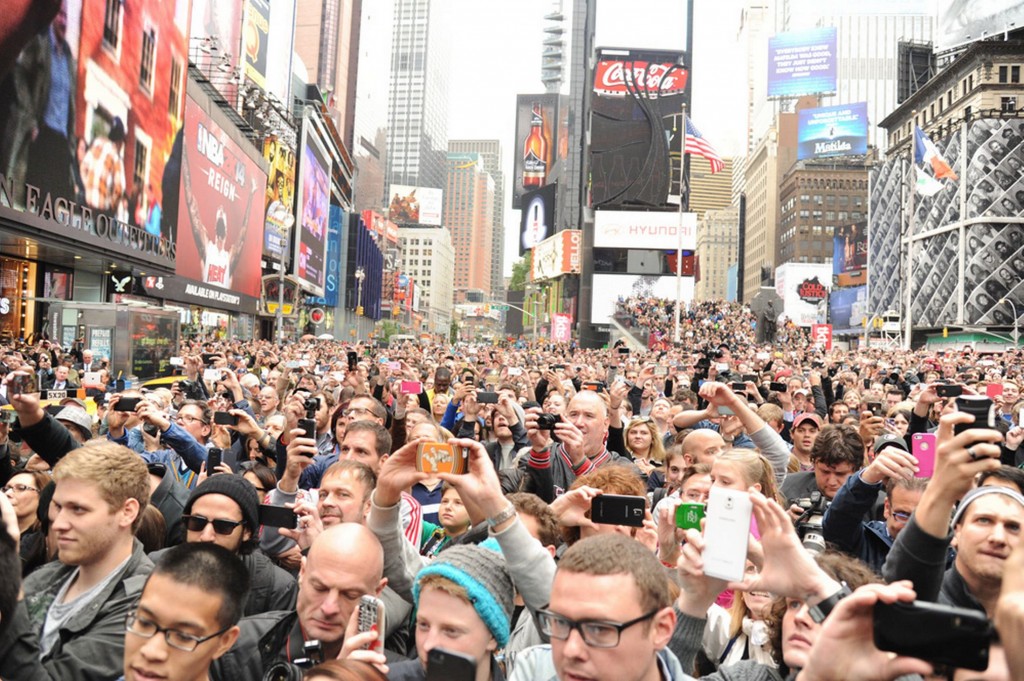 ← Contracted
This Is Water… →