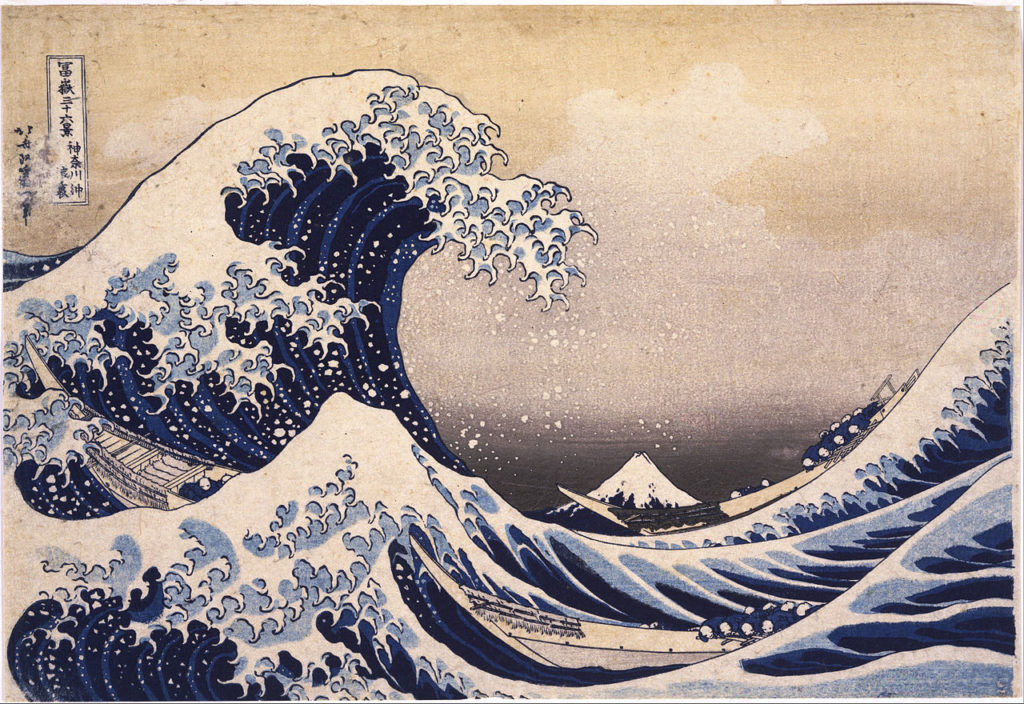 Great wave off the coast of Kanagawa (Katsushika Hokusai, c. 1830)

Title of this post is retrieved from Earnest Hemingway, “The Old Man and The Sea”

Having established their friendship, what do two men do in their seek for a moment of solace amid the plague-stricken city? Well, they go for a swim together in the sea.

For a long time, many literary works have included the image of the sea and its symbolism. This paper should help you dig deeper into the meaning behind the recurrence of the sea in Camus’ works, as well as another symbolic image that he used – the sun.

Before the vast, immese ocean, human beings suddenly internalize our smallness, and at that moment we can’t help ourselves but contemplate about life. What do we learn about life from The Plague? Life is absurd, there is no such thing as value or meaning, but we have to continue fighting our battle anyway.

What I write below can be unrelated to Camus and The Plague, so please consider this a prior warning. From here, let me take you away from the shore of “recognized” literary works, and dive into the sea of the more “unofficial” form of literary: fanfiction. More specifically, slash fanfiction. This very swimming scene of Dr.Rieux and Tarrou in “The Plague” reminds me of a similar scence in my most favorite Vietnamese fanfiction of all time, “Head like a Big Row of Trees” by Mike Kobayashi. (title loosely translated into English by me.)

This paragraph is the narrator’s monologue in “Head like a Big Row of Trees” after the swimming scece. If you are interested in this kind of writing, you can also read the summary of the story and the full swimming scene here. (This is also loosely translated by me.)

“I used to think, on that night, there was something dying inside us. But not until much later did I realize that death has always lied inside of us. When we were standing in front of the sea, the hauntingly black body of water, death suddenly stepped out and faced us, rendering us unable to utter a word. I realized, there are things that you cannot carry with you for a lifetime, you pick up the extra luggage and you throw it away, childhood toys, laughter from the good old days, leave them behind and move forward. It’s just that we have to accept the loss. Accept the fact that we are born to die, and day by day, we are coming closer to the immense organism that is the eternal sea of death.”

← Lavish Excess in the Face of Death? (Siya’s augmenter’s post)
(Un)Welcome To Our Hillbrow →