In the book The Culture of Time and Space, Stephen Kern explains how certain technological, artistic, cultural and medical currents shape the experience of time and space. One of the chapters in this book focuses on World War One. He describes how the perception and experience of time change for the soldiers. With the development of the Standard World Time soldiers had to wear watches in order to be at the right place and time. As they were on the battlefield, soldiers lost track of time. The soldiers believed that had to overcome the present to live in the future, which was a reconstruction of the past. The pace of the war has also changed because of technological advancements. Everything was faster; soldiers were moved to the battlefields quickly, and they were given advanced weapons to protect themselves.

The novel Pale Horse, Pale Rider depicts these ideas clearly. We see Adam wearing a hand watch as military equipment. He also, explains that his mother doesn’t  him to become a pilot because it is more dangerous. His mother does not recognize how fast military technology changes, and in fact it was both physically and psychologically safer for her son to serve as a pilot. Furthermore, we find Adam trying to get through his present situation with the army, so he could have a peaceful future with Miranda.

Throughout the novel, we see how the concept of time changes for Miranda in parallel to her emotions. When they did not think of the plague or the war (when they perhaps “isolated” themselves) time seems to be longer. Later, when the doctor and interns take Miranda to the hospital time moves fast as she is nervous and uncomfortable. We also see a significant change in the experience of time, at the very end of the novel when Miranda is depressed and seems to have all the time she wants but nothing to do. 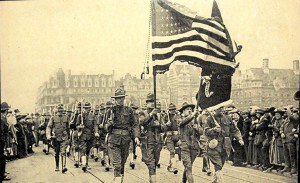