Personally, I am a big fan of book covers. When I was young and went to the bookstore, I would only pick up those books whose covers interested me (so this is why I end up reading more magazines than books… ). After I finish Animal’s People with a strong feeling of depression, I really don’t want to augment any serious information on the cruel background. Let’s take a break and analyze the different covers of this book published in various languages! The comparison of these book covers also raise the question: what is the identity of Animal? Is he an animal? A human? A half-half? Or, does this question really matter?

English                         This is the cover of our edition and also my favorite cover because it greatly depicts the crippled figure of Animal though I  don’t understand why he only has one arm. Also, he seems to be running. Running for his hope? Life? Love? The rays of light that diverge from him is also interesting and remind me of the painting of saints. 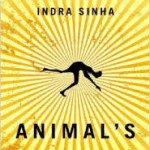 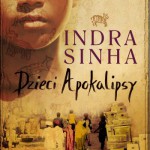 Chinese                        The boy in this cover looks innocent and young. He even has his finger in his mouth. Is Animal really a childish figure who will look at his readers (listeners) to raise their sympathy? 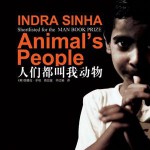 Thai                            This cover is also quite different from the other covers. The fierce eyes remind me of a wolf instead of a boy. Clearly, these eyes reveal Animal’s tough characteristics. A sense of hatred is also provoked. The imprints of claws further animalize Animal. 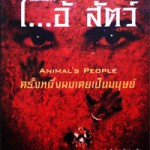 ← Animal? Human? What? Who?
The written word is the deepest dagger you can drive into a man’s soul →