We talk fairly casually about the notion of the scapegoat — a being forced to bear the burdens of a larger group’s sins or flaws, ritually sacrificed or exiled in order to restore social balance — and certainly this is a useful term for us as we think about social responses to epidemics. One of the fundamental questions people tend to pose in epidemic settings is: who has caused this plague? And if a specific entity or group of people can be identified, what then? 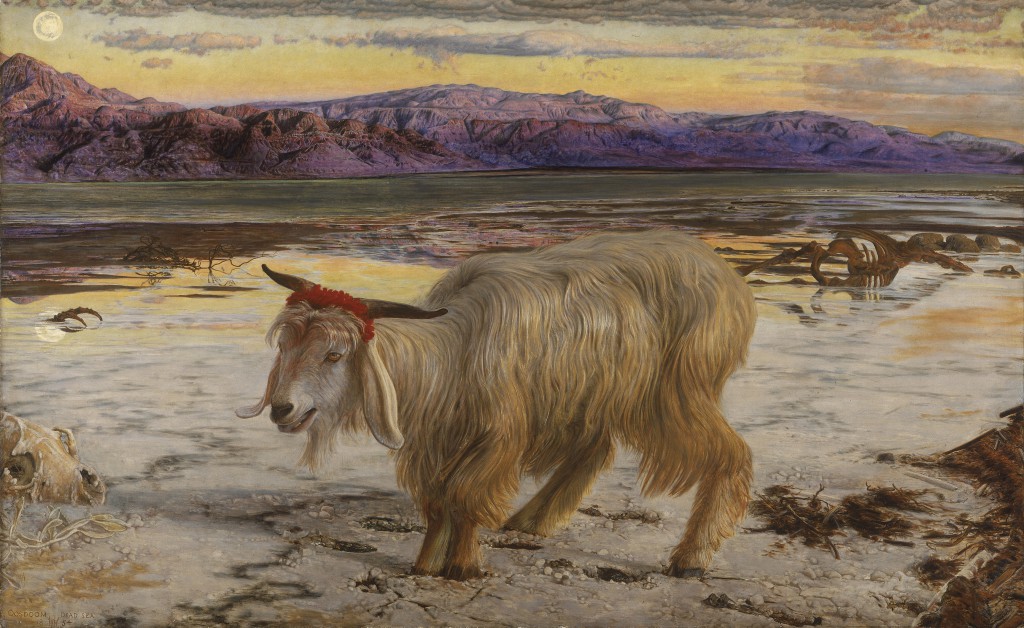 The Encyclopaedia Britannica has this concise entry on “pharmākos” that may serve as a useful starting point for more specific definitions of terms:

pharmākos, in Greek religion, a human scapegoat used in certain state rituals. In Athens, for example, a man and a woman who were considered ugly were selected as scapegoats each year. At the festival of the Thargelia in May or June, they were feasted, led round the town, beaten with green twigs, and driven out or killed with stones. The practice in Colophon, on the coast of Asia Minor (the part of modern Turkey that lies in Asia) was described by the 6th-century-bc poet Hipponax (fragments 5–11). An especially ugly man was honoured by the community with a feast of figs, barley soup, and cheese. Then he was whipped with fig branches, with care that he was hit seven times on his phallus, before being driven out of town. (Medieval sources said that the Colophonian pharmākos was burned and his ashes scattered in the sea.) The custom was meant to rid the place annually of ill luck. The 5th-century Athenian practice of ostracism has been described as a rationalized and democratic form of the custom. The biblical practice of driving the scapegoat from the community, described in Leviticus 16, gave a name to this widespread custom, which was said by the French intellectual René Girard to explain the basis of all human societies.

Following these leads, here’s the relevant passage from Leviticus 16:

And here’s a summary of the work of René Girard on the subject:

When violence is at the point of threatening the existence of the community, very frequently a bizarre psychosocial mechanism arises: communal violence is all of the sudden projected upon a single individual. Thus, people that were formerly struggling, now unite efforts against someone chosen as a scapegoat. Former enemies now become friends, as they communally participate in the execution of violence against a specified enemy.

Girard calls this process ‘scapegoating’, an allusion to the ancient religious ritual where communal sins were metaphorically imposed upon a he-goat, and this beast was eventually abandoned in the desert, or sacrificed to the gods (in the Hebrew Bible, this is especially prescribed in Leviticus 16).The person that receives the communal violence is a ‘scapegoat’ in this sense: her death or expulsion is useful as a regeneration of communal peace and restoration of relationships.

However, Girard considers it crucial that this process be unconscious in order to work. The victim must never be recognized as an innocent scapegoat (indeed, Girard considers that, prior to the rise of Christianity, ‘innocent scapegoat’ was virtually an oxymoron; see section 4.b below); rather, the victim must be thought of as a monstrous creature that transgressed some prohibition and deserved to be punished. In such a manner, the community deceives itself into believing that the victim is the culprit of the communal crisis, and that the elimination of the victim will eventually restore peace.

In what ways can Oedipus’ outcome be understood in similar terms? Girard certainly thought so. Oedipus was his chief example of how this process works; in treating Oedipus as an innocent victim of his society’s effort to rid itself of plague, he aims to undo Freud’s dominant understanding of the Oedipus myth.