In Ibsen’s play, Ghosts, the characters are surrounded by built-up lies and secrets that originate from attempts to hide one’s shameless choices from public judgment. Mrs. Alving decides not to leave her husband despite his intolerable behavior to prevent suspicion and criticism, forcing her to live her life in deception. This play demonstrates how individuals in a society fear public opinion and are very protective when it comes to their image or reputation, especially for people like the Alving family, those that are widely respected in their community. The nature of the plot in this 19th century play is definitely one that has become popular in recent culture. The simple idea of keeping secrets, which possibly starts off for good intentions but then others build up uncontrollably that they begin to “haunt you” in everything you encounter in the future, has formed the basis of various contemporary narratives.

One that I was at once reminded of when I read this play was a TV series called Revenge, which started in 2011. What I noticed to be strikingly similar between Ibsen’s play and Revenge is that both stories’ protagonists come from prosperous positions and so have a kind of “social anxiety” that rules over them. Victoria Grayson, one of Revenge’s protagonists, is a mother of two children and a wife of a silent criminal, who was involved in a terrorist attack but blamed an innocent man for it. Although Victoria was in love with the innocent man who was framed, she did not defend him or tell the truth about her husband to protect her family’s reputation (like Mrs. Alving). Years have gone by and a guiltless man was punished for their lies and others that gathered as a result of her husband’s cruel plan. All these secrets, or “ghosts”, have eventually ruined Victoria’s life, especially her children as they did not know the truth until it was too late. Another similarity to Ibsen’s play is that Victoria’s son actually starts to act in a similar attitude as his father (like Oswald) and her daughter, which turns out to be the framed man’s daughter, ends up being the real victim of all the secrets (like Regine).

I apologize for the spoilers, I tried to say as less as I could! 😛 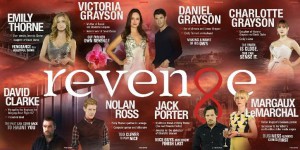 ← Ignorance is Bliss….Or is it?
Neurosyphilis →