Ghosts, from what we learned in the play of the same name by Ibsen, are figures for public opinion. We also know that by adhering to public opinion characters often feel trapped by society and unable to find a way out. However, interestingly, this idea of ghosts also exist in the play Angels in America. More specifically characters are often restricted in many ways due to established public opinions or traditions, such as love, religion, and HIV. 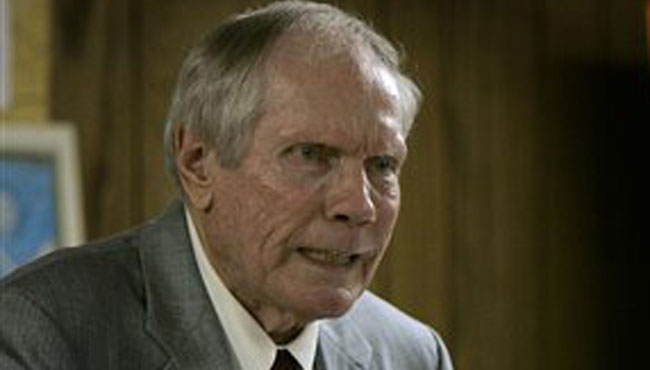 In the first part of Tony Kushner’s play, Millennium Approaches, Prior’s boyfriend, Louis, abandons him when he discovers that Prior has AIDS. Prior has held off telling Louis about his illness for fear that Louis would leave him – and his fears turn out to be justified. So can we regard Louis as a heartless villain? His actions make us wonder, “What would I do in his situation”? Ghosts would rebuke Prior’s decision; they would insist that it is not right to leave the loved one in a hardship. But here, in the play, the audience does not strongly judge Louis for his choice. His character still manages to be sympathetic: the traits are drawn with such care and detail that we at least understand why he does what he does. Louis feels terribly guilty and wrestles with the decision a lot before leaving Prior: he consults a rabbi, cries in a bathroom, and, after he has left Prior, we see him constantly condemning himself. He fully realizes what a horrible thing he is doing. But still… he leaves.

One of the most trapped characters in the play is perhaps Joseph Porter Pitt. Being a Mormon and a homosexual, an almost oxymoronic relationship, Joe was torn between the choice of being a good Mormon or being liberated sexually. His struggle is deep, even more so than the characters in Ibsen’s play, as he cannot be liberated even by telling the truth. Take for example the phone call he had with Hannah, his mother, a Mormon. In the phone call he confessed plainly that he was a homosexual to his mother. However, what he met with was not acceptance, not even an acknowledgement, but rather a flat denial: “you’re being ridiculous”.  This is not the only time Joe’s sexual orientation was trying to be covered up or denied by Mormons. The morning after the phone call Joe also indirectly told Harper, his wife, that he is homosexual by expressing his lack of sexual interest in her. Again, instead of acceptance, Joe received nothing but a wife living in denial.

Just as in Ibsen’s Ghosts, there is obviously an infection that haunts the people of Angels in America: HIV. The stigma that comes with HIV was strong during the 1980s and is still prevalent today. Roy explicitly shows us what some of those stigmas are when during his doctor’s visit he says, “It afflicts mostly homosexuals and drug addicts” (49). Suddenly, being infected with a disease such as HIV becomes a societal blame game, a public pointing of fingers. Roy begins to taunt Dr. Henry, trying to get him to call him a homosexual. Roy’s obsession over the word, as well as his final self-diagnosis being liver cancer, emphasizes the strong ghost of HIV.

With some of these challenges of self-identity being faced by the characters of the play, the question of choices comes into play. How much “say” do they have upon their lives? These characters are given truths about themselves or those around them, truths that seems almost unspeakable in a societal context; and maybe in effect become unspeakable on the individual level. These attitudes will inevitably affect the actions and reactions of these characters, leaving us to wonder how much power the individual has over such situations.