Nobody knows exactly what is the purpose of dreaming. Some believe that our dreams have meaning while other believe that dreams are just our way of thinking while sleeping. The two famous psychiatrists that come to mind when we analyze dreams are Sigmund Freud and Carl Jung. Freud believed that our dreams are manifestations of our deepest darkest sexual desires that we have hidden in us.  Jung, on the other hand, had a more simple approach to it; he believed that we can all interpret our dreams ourselves and each dream has a meaning behind it.

In the book, Pale Horse Pale Rider, the protagonist Miranda has a dream about someone, “He is no stranger to me,” (143) riding a horse. Miranda tells her horse that they must outrun Death and the Devil (142) and later she describes the person on the horse saying, “his pale face smiled in an evil trance, he did not glance at her.” (143) The rider that Miranda saw in her dream was Death.

This horseman also appeared in the book of Revelation. It reads, “I looked and a pale-colored horse appeared. Its rider’s name was Death, and Hades came close behind him; and authority was given to them over the fourth part of the earth, to kill with the sword or with famine or pestilence or by means of the wild beasts of the earth.” (Revelation 6:8).

This brings to question, what does Miranda’s dream mean? Dreamingthedreams.com interprets dreaming of death as a foreshadowing of disappointment and bad news. Perhaps this was Porter’s way of tells us that Adam (though the character was not introduced in the story as yet) would have eventually died. We later find out that dead is indeed no stranger to Miranda since her she has already lost her grandfather, an aunt and a cousin. She knew who the rider was but she didn’t know why he had invaded her dreams.

This is simply one way the dream can be interpreted. Dreams have endless interpretation and the meanings of events in dreams are sometimes quite shocking. Have you ever dreamt about death? 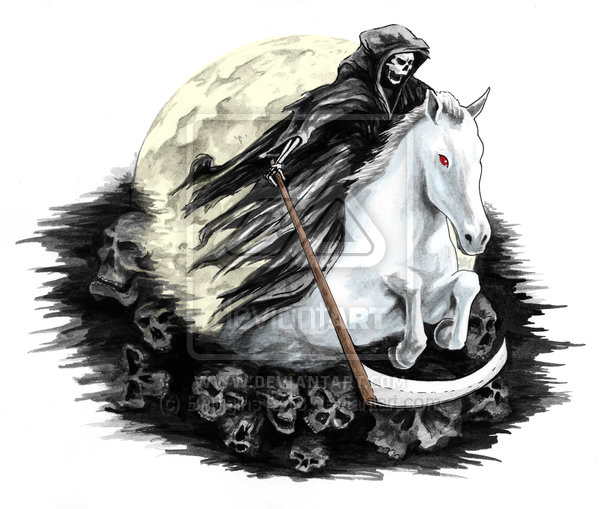