Imagine people losing their eyesight in massive numbers for no apparent reason, without any additional symptoms, while their eyes remain perfectly healthy. Imagine someone just turned off a feature of the brain responsible for vision and left you in an abysmal void. Why not a perfect subject-matter for fiction novel?

The epidemic of mass blindness has been previously used as the basis of the plot – for example – in a post-apocalyptic novel by John Wyndham, “The Day of the Triffids.” Yet in this particular case we have a parable, rather than a traditional novel; on top of that, a parable with some rather apparent biblical roots – i.e. the story of Saul of Tarsus, the persecutor of Christians, who got blind for three days by God’s will, and then saw the light at first metaphorically and then literally, thus becoming Paul the Apostle. It would be fair to say that a parable is far from being a perfect genre: the main objective for the author of the parable is not the plot, but rather a peculiar ‘message of the wisdom’ he/she is trying to convey to the reader. Yet, if at the same time, the reader knows in advance (or thinks that he/she knows) what exactly the author is trying to convey to him/her, the parable loses all its elegance from the very beginning and becomes rather mundane. Finally, the whole brilliance of the parable as a genre lays in its brevity, whereas Saramago’s narration style is extremely verbose. Should we perhaps shift from the stylistic features to the content?

The first two-thirds of the novel is the traditional story of how people caught in extreme circumstances, are quickly losing civilized appearance. Matching the storyline with the well-known classics, we might recall “Lord of the Flies.” Much like on Golding’s island, evil prevails in the mental hospital Saramago creates, and a typical, exceptionally cruel dictatorship takes control, which, however, does not last long; since the dictatorship doesn’t manage to address the eternal question of ‘Quis custodiet ipsos custodes?’ in timely manner, the ‘blindness’ gets out of the quarantine facilities and spreads further on. 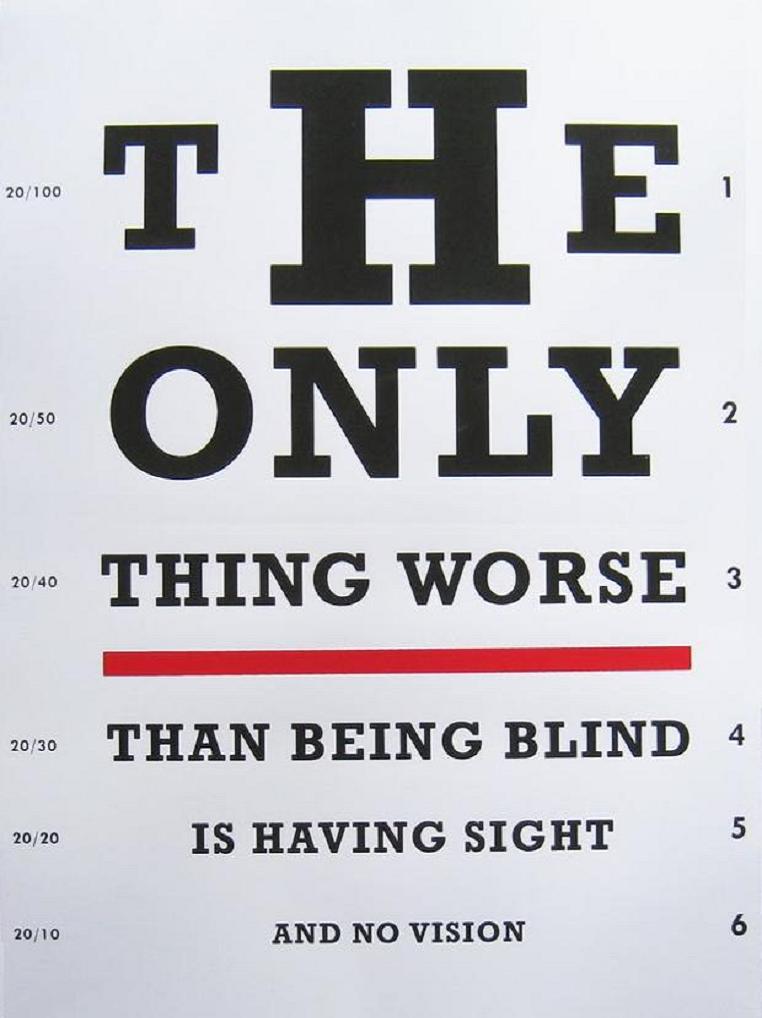 The idea of sight without vision and vision without sight is one of the undercurrents of this text – by conceptually separating the two, we are able to distinguish between what we can ‘sense’ and what we can ‘feel’, a distinction that is hard to interpret. Sight is apparently important for foresight, and social stability is contingent on how well we are able to perceive the state of society. Hence there is a primal drive to establish chaotic order in the face of scarcity and fear, leading to repression, violence, and selfishness – all factors that diminish the possibility of stemming the contagion through a collaborative effort. Saramago tackles the centrality to which uncertainty factors into our decision to live within a society – and an epidemic of blindness, whose cause is unknown, makes it a fascinating yet grim tale.

While the loss of sight had brought chaos to the society and changed the way people interact in daily basis, the physical blindness lets the characters realize that they were as blind before the physical blindness as they are now–the sight without vision. They realize the importance of little things they take for granted everyday as well as the reality of human nature unveiled as the society breaks down. The “white sickness” might have blurred everyone’s sight, but it has cleared the nature of human interaction that was hidden and veiled by technology, society, and organizations. This leads us to several questions: what is the meaning of blindness in the novel? Were people always blind? Are some people less blind than others? Is the real human nature only revealed in the midst of plague, disease, or in this novel, blindness?

The reason of blindness is unknown, and like the plague, the contagion of blindness does not have a preference when choosing its next victim. The blindness in this sense is equal to everyone, and as time goes, people realize that they will all become physically blind at some point. What differentiates this “white sickness” from disease or plague, however, is that it inflicts people without killing them, thus making them a different kind of “invalids.” In order to live, they have to be dependent on each other and collaborate. It is interesting to observe how the characters distinguish, judge, and build trust with each other with voice and personality without their looks. Is this state of interactions more or less natural than normal full of pretenses and facades? What we consider natural or take for granted as the truth might not be as real as we had thought. 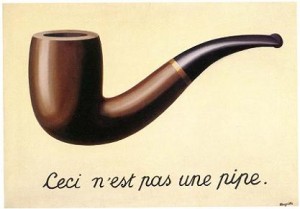 – Suel, Kefa, Kee
← “The Possessed” — remind you of something?
Drawing Comparisons →