During my reading of the Nemesis I found myself mostly interested by the relationship between Bucky and his Grandfather and how it transformed Bucky into the character that he is. I wonder how much of Bucky’s character is actually his, considering he is living during the war times. Thinking on these I remembered the war recruitment posters that was present during those times. 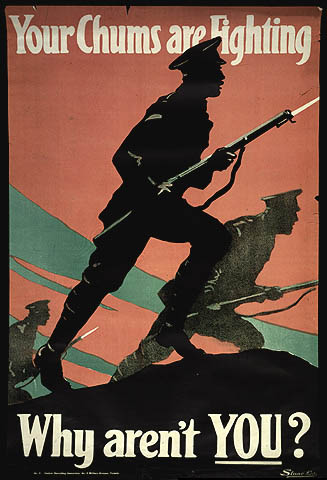 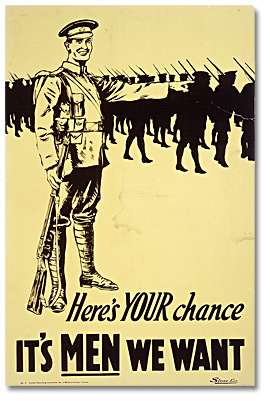 Poor Bucky, robbed of the opportunity to go and fight the war found himself trying to protect the children of the town from maybe be a even deadlier opponent.But how much of Bucky’s character is created by the posters he sees all around, the announcements he is subject to every waking moment. Maybe our stalwart Bucky wouldn’t have been a example good American boy without the constant effects of his surroundings and his grandfather.

Here is another read about the manliness and protection.
http://www.artofmanliness.com/2014/02/24/the-3-ps-of-manhood-protect/