When we were talking today about us resembling zombies, I remembered this video which kind of proves the point. It is an animated satire of us looking as zombies when we are locked within the world of smartphones. It is  funny so check it out. 😀

P.S. I have my fingers crossed for the embed code to work. If not, the video is hyperlinked above anyways. Have a happy  watching

Hello, hello, hello. We have less than a month guys, keep it up! Oh you want the convener’s post? Okay, let’s dive on in! (Geddit? Dive…like swimming…like Bucky…never mind).

In Philip Roth’s Nemesis, we have the opportunity to see how the devastating disease polio disrupt the city of Newark and it inhabitants. Through a first person narration (which interestingly most of the novel seems to be third person) by Bucky Cantor’s former playground student Arnold Mesnikoff, we see how polio can affect not only physically to the Newark population but also mentally and emotionally as well. Bucky’s rise and fall in the novel raises many important questions about responsibility, guilt, religion and justification.

The novel illuminates the theme of responsibility, as we can see from the ideals passed down from Bucky’s grandfather and the inner turmoil that Bucky has between staying in Newark and going to Indian Hill. As early as his childhood, Bucky has been learning the meaning of responsibility and duty. His grandfather, from the start, wanted to “teach the boy that a man’s every endeavor was imbued with responsibility” (22). This he took to heart, applying it to every part of his life, from killing and cleaning the rat in the store and (for a good while) to his playground director job. Yet the rise of the polio contagion breaks this idealistic lifestyle. Moreover, the contagion serves to underline the idea of responsibility and how pressing it can be in such a dire situation. Does responsibility still matter in times of disease outbreak? Is it wrong to save yourself rather than save others?

In choosing between taking a job at Indian Hill and staying as the playground director in Newark, Bucky faces the difficult dilemma of fulfilling his obligation and fulfilling his duty as a fiance and family member. WIth the idea of responsibility embedded in him, he gives himself the burden, at first, of taking care of the children playing in the playground. He sees this as his duty, his moral and legal obligation. Therefore, he protects and shelters the children, he sees their families if they passed away and he makes sure the playground is clean and suitable for play. Nevertheless, as the polio epidemic increases, Bucky places more and more weight on his shoulders, setting up his breaking point when he breaks his duty and leaves for Indian Hill. But how can Bucky justify his self-imposed additions of responsibilities? His job was a playground director – a person who makes sure the playground has good upkeep and supervises children who play on it, not a therapist, social doctor or self-imposed superhero. Yet what makes him place more duties on himself when it wasn’t even in his realm of responsibility in the first place?

Blame is one of the central themes of the novel Nemesis. Bucky blames God for what has happened in the Newark. While talking with Doctor Steinberg he thinks “Does not God have a conscience? Where’s His responsibility? Or does He know no limits?” He thinks that if God created everything, then he should also have created Polio. His grandfather raised him to be a responsible person. When a disaster such as Polio struck his hometown he wanted to find the person responsible for the catastrophe.  As there was no one you could held responsible for such a big disaster he started blaming the God. Was he right in blaming God? Is God to be blamed for everything that happens in the world?

Later in the novel, we find that he shifts the blame to himself. He thinks that he is the one that brought calamity to the children of his hometown and to the children of the Indian Hill. He wanted someone to be held responsible for the adversity and he found that person-himself. He left Steinberg family not only because he wanted Marcia to have a better life but also to punish himself for what he thought was his crime.  Was punishing himself the right thing to do? Was he also punishing the Steinberg family by punishing himself?

Throughout the epidemic, Bucky constantly struggles with ideas of guilt and responsibility. As addressed above, he quietly asks the question,  who is to blame for the spread of polio? In the beginning Bucky believes that it is no one’s fault, but then as more people start looking for the responsible party, he scapegoats himself, and even blames God. However, towards the end, the narrator reasons the argument on guilt and responsibility, with chance.

“Sometimes you’re lucky and sometimes you’re not. Any biography is chance, and, beginning at conception, chance — the tyranny of contingency — is everything. Chance is what I believed Mr. Cantor meant when he was decrying what he called God.” (page 242-243)

Both the most and the least athletic kid got polio, both of them purely by chance. Bucky and Alan’s family struggle to comprehend why regardless of being the image of a perfect child and student, he still died of polio. Then, Bucky tries to understand how young strong men are killed in the war, side by side with little kids dying out of the merciless disease. The answer is always the same, “chance — the tyranny of contingency”. It is merely a chance whether you will die in a car accident the next moment, or die of heart attack in thirty years. Was Bucky really aiming at chance, when blaming God? Chance cancels out the possibility of holding a responsibility for spreading a disease. The act of infection is done by chance, and is independent of the act of carrying the disease. Bucky blames God for the creation of the distress, but if the contagion is purely by chance, then He is not to be blamed, or is He?

Summing all up, the conditions of an epidemic, as we have seen throughout all our  readings so far, question moral and ethical actions of both the community and the individual. Nemesis provides an insight into most of the dilemmas held during epidemic, from responsibility, guilt,  the struggle between the individual and the communal well-being, possible prevention, and God who created everything, including disease right? At the end, the narrator leaves everything to luck and chance, or not really.

What do you think readers? After all we have read throughout this course, is an epidemic anyone’s fault?

Have a happy reading and continue diving! 😉

As we all found out by reading Lianke’s Dream of Ding Village, in the early 90s, the Chinese higher-ups stared a campaign called the Plasma Economy to encourage locals to sell their blood and thus boost their income. Easy money, isn’t it? Go, sit, give your blood, come home with new red silk jacket. Completely painless, at least for the short term. In the long term, millions of people who sold their blood got infected with HIV and hence sentenced to inevitable death.

The blood-selling business was founded on plasmapheresis, a procedure that separates the cellular elements from the blood and then returns the remaining liquid back into the organism. More illustrative description is provided in the image below.

Since the campaign was such a boom and resources were scarce (and blood heads did not really care much about the health of others), needles were reused, containers recycled and blood mixed together before being returned back to the patients. In all that mess, diseases spread like crazy. In this case, HIV/AIDS infected more than 40% of those who sold their blood. Millions of people died for money, money stained with blood.

And last but not least, what you get if you google Plasma Economy: 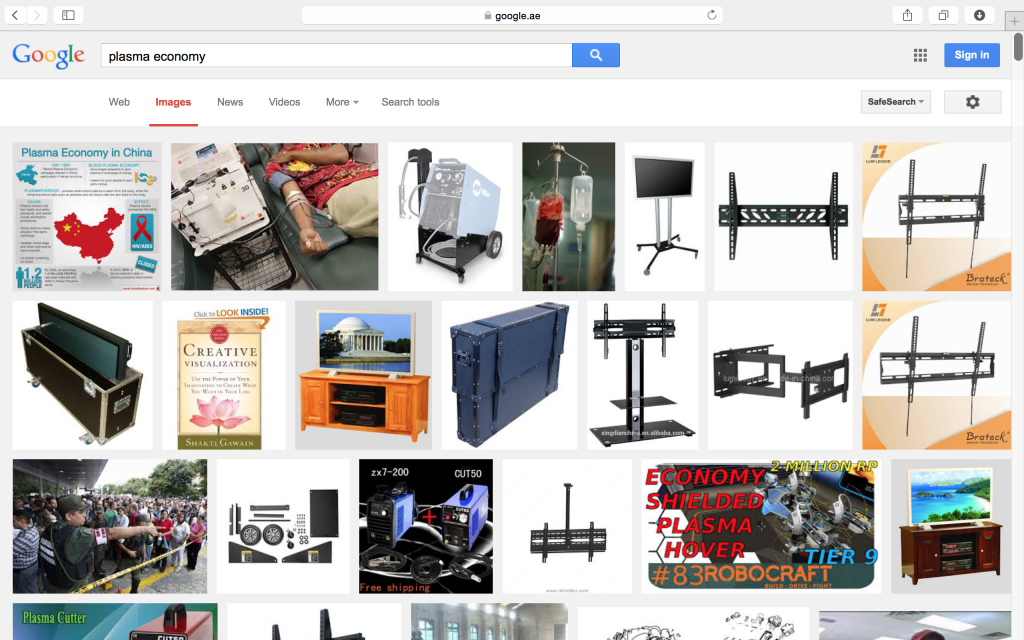 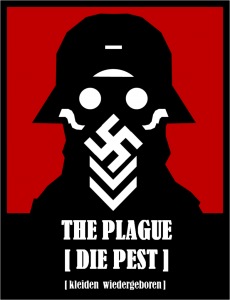 Before wrapping up the discussion for our lovely The Pague by Albert Camus, a little conspiracy. Professor mentioned in class about the nazism theory behind the novel, but we never had the chance to talk about it. Well, here I place the question: Is the plague in the novel really a plague? Towards the end of Chapter IV, Tarrou talks about him having had the plague before. Is it really a plague he is talking about? He after all is concerned with the right to take the lives of other people. Could that mean the right to murder a whole nation just because they were of certain ethnicity? What does Tarrou’s death at the end signify then? What about his desire to become a saint? How does one become a saint? Well, I hope this will keep you occupied beside exams.  Have a deathly reading 🙂

To keep you busy while thinking, an interesting online game called Sneeze I found years ago. In the game you are the carrier of a virus and your mission is to infect as many people as possible. Well, have fun and spread the contagion!