Yan Lianke’s Dream of Ding Village is a novel about the struggles of Ding Village in the years of facing an AIDS epidemic. It introduces us to a very different side of AIDS and AIDS infected societies; different, that is, from other representations of AIDS we’ve encountered in our previous readings. The novel takes place in Ding Village in China, a direct allegory to the Henan province where, between 1991 and 1995, the plasma economy campaign coerced individuals to sell their blood. Yan Lianke presents insight on these years through the story of Ding Village, more precisely, through the ideas and longings of its people.

In one of the scenes in Dream of the Ding Village, the Grandpa calls the people to a musical performance with a promise of a cure in their minds, leading them to forget the grim reality of the disease. At this point we remembered the theatre scene in Camus’ The Plague, which presents us a similar scenario: people going to the theatre to sidestep the horrible reality of

the disease. In both novels, however, the scenes come to a close with the performer slipping into afterlife, shaking the audience and waking them up from their somewhat naive dreams. The audience in The Plague are forced to face the disease even in a place they thought they could forget it and the people of the Ding Village learn that the promise of the cure was in fact a lie

As the name of the novel, Dream of Ding Village, suggests, dreams are an all encompassing theme in the novel. This idea initially sprung into our minds when we first read  the short emphatic sentence the novel presents. At 6first, they read like arbitrary forms of emphasis presented at the end of certain passages. However, as we progressed through the novel, we found out that they pointed to the overarching themes of dreams, prophecy, and imagery. These sentences often read like the Grandpa’s optimistic dreams: vivid, feverish, and fragmented, with various allusions to nature. For example, in one of his dreams, Grandpa finds himself in a peaceful version of the village in the time of spring. In this dream, Grandpa’s imagination presents the village with hard working, happy, and smiling people.

“Ding Village was alive with flowers, blanketing the earth with colour and filling the sky with their perfume. The villagers waded through this sea of flower, some digging in the ground with spades and shovels, others carrying loads on their shoulders and backs.” (91)

However, it is apparent, that Grandpa lives in a dramatically different reality, where:

“The villagers became indolent and indifferent to everyday life. With death camped on their doorsteps, no one could be bothered to till the fields or do any planting.” (14)

Spring does in fact eventually arrive to Ding Village, but not with the hope and prosperity the dream alludes to. Instead, the spring only brings about more pain, with the destruction of the Uncle’s family and the rising deaths in the village.

The various dream sequences present throughout the novel almost govern the progression of Ding Village’s story. In fact, literal dreaming isn’t the only instance where the notion of dreams plays a role in the novel. It can be said that the strive for prosperity and the villagers’ dream to escape poverty and enter a world of wealth and happiness also embody the theme of dreaming. 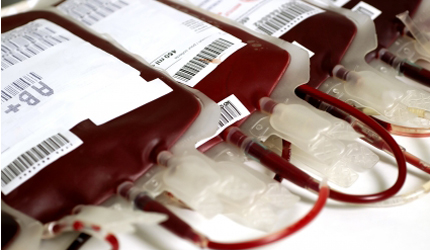 One of the most powerful literary devices the Lianke makes use of in the novel is strong imagery pertaining to blood. Throughout the novel, the author uses the color red to stimulate our visual perception of Ding Village and the plasma economy campaign, which consequently helps emphasize the presence and importance that blood and AIDS suddenly had in Ding Village. For instance, the “ruin” that comes with arrival of spring flowers is metaphorically described as “blooms of red and white”, and the red “stood out bold and strong against a blur of pale yellow and smudges of green” (169). Similarly, in the musician’s death scene, “The schoolyard filled with the stench of blood” (57). The emphasis of blood and redness only strengthens the role that blood plays in the novel. And, to relate this notion with the overall theme of dreams, the Grandpa’s dreams and the short emphatic sentence presented in the novel also include a lot of blood imagery.

Even clothing, sunrises, marriage certificates, and of course, blood, are vividly depicted through the bold and bright descriptions of the color red. Just as the author’s writing is positively dripping with bright red blood, the lives of the people of Ding village are just as heavily tainted with it.

One of the last points we wanted to discuss before we ended is the role of the narrator. In the opening pages of the novel the we learn that the book is being narrated by the 12 year old dead son. Even though knowing this helped us relate to the book, we failed to connect the language used in the book to a 12 year old. Furthermore, the omnipotence of the narrator made us question the line between a Godly narrator and the 12 year old ghost.

Some other questions to consider for our class discussion involve the role of family and search for prosperity. The institution of family is very important in Chinese culture, which is emphasized in the novel. Does the definition, image of family change in the year of epidemics? Does it change once a family member got sick and had to leave his home? The downfall of the Ding Village begins after their visit to Cai province, a temporary artificial utopia in the peoples eyes. How big a role did the peoples desire for wealth played in their downfall?

Sweet Dreams! (Oh, and doesn’t this sound like the hymn of the novel?),

← Mpe’s Obituary
Reality of being AIDS infected in Africa →