To fully understand the context of this play, it is important to consider how much of the playwright’s own life influenced the story. After being held in quarantine for three months due to the infection, Pushkin experienced a surge of ideas and thus wrote many of his finest works, including ‘Feast In the Time of the Plague.’ He had faced many hardships prior to this incidence and yearned for love for many years in the midst of a terrible epidemic.

“Pushkin’s drawings at this time show constant preoccupation with the persecution and hangings of his friends; surrounded by “spies, whores, and drunkards” he soon was pining again for the simplicity and peace of country life, for his nanny Arina Rodionovna—and she for him (“To my Nanny”). Even a bright new company of musicians, gypsies, and the great exiled Polish poet, Adam Mickiewicz, whom Pushkin befriended in Moscow, did not much console the poet.” [http://alexanderpushkin.com/content/view/16/39/1/5/]

During time of persecution, political conflict and disease, Pushkin and his friends regularly submerged themselves in social gatherings and feasts. This may have been the perfect setting for them to neglect their hardships or to grieve in a comfortable setting. In reading the play, then, it is not hard to see that two characters in particular may directly mirror Pushkin’s situation and state of mind at the time; the priest and Chairman (Walsingham).

Chairman
I don’t know one like that – here’s what I’ll sing:
A hymn in honor of the Plague. I wrote it
Late last night, after we had parted.
I found I had a strange poetic impulse

Much in the same way that Pushkin had, Walsingham also finds himself strangely inspired by the pain and suffering that surrounds him. He alludes to both his lack of and loss of love (as he had had various unstable relationships in the past) as well as the insecurities that arose from his loneliness. He clearly craved family and “the simplicity and peace of country life” which he had lost at a very young age. Thus, Walsingham’s story closely represents Pushkin’s own life. The Priest’s also plays an important role. He could either be representative of a different perspective that Pushkin had on the idea of celebrating during times of suffering or may even illustrate his friends’ reactions to his ways of dealing with grief. Nancy K. Anderson also touches upon this idea but does not expand on it fully.

Either way, Pushkin sure liked to party and had his characters do the same. 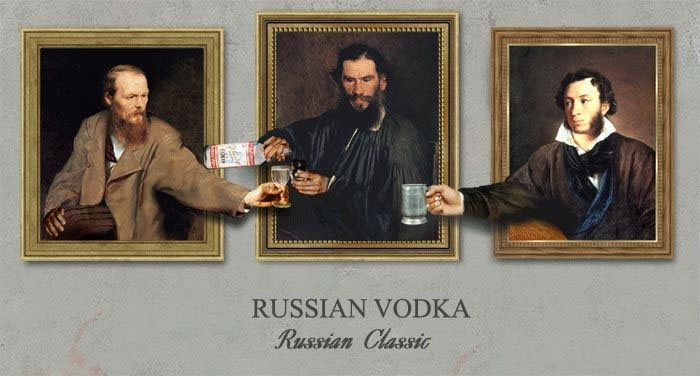