A returning theme in our discussions is the power of disaster (of which disease may often be read as a subset). These instances cause the breaking of norms, the destruction of taboos in society, and ‘the creation’ of an increasingly liberal, and often unconventional space for people to live in. We began to explore these notions after the task of reading Rebecca Solnit’s A Paradise Built in Hell during the summer vacation. 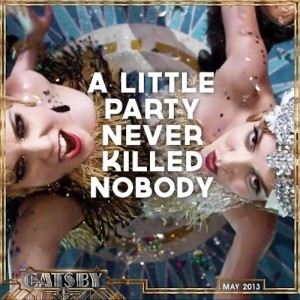 This pattern of celebration in the aftermath of distress returns in both the work of Pushkin A Feast during the Plague and John Wilson’s City of the Plague — which was the original text used by the Russian writer to ‘compose’ one of his Little Tragedies. In both works, a group of men and women set up a table on the street, thus creating their own microcosm (not dissimilar to Boccaccio’s Decameron). Through a huge feast, a gathering place is formed to remember one of their friends (Jackson) who was a victim of the Plague.

What is the underlying meaning and aim of feast in these texts? What is the significance of the plague being “our guest” at this feast? Why is the impact of diseases on society a recurring motif for literary pieces? What do feasts symbolize and teach us about human nature? How is this “party behaviour” manifested in today’s society (such as in issues like alcoholism)?

The purpose of the feast in these plays is explicitly stated in the song of the Chairman: the citizens are left with only one option — to fight the plague by remaining cheerful and living in the moment:

We’ll light the fire and fill the cup

And pass it round — a merry scene!

And after we have all drunk up,

It is apparent from this passage that the characters view their situation as absolutely hopeless, and in their panic are determined to ‘laugh’ in the face of the disease; to show a last act of defiance and stubbornness when all seems to be lost. The hymn in honor of the plague sung by the chairman, is also his own (human) way of mocking a devastating force that has unknown origins, and is beyond the human ability to comprehend (“Beyond our power to explain” p.101).

The use of consumption as a device is interesting in that, much like religion, by consuming as they are, they are contributing to a higher power: in this case GDP and economic growth instead of a spiritual existence and afterlife. Unintentionally creating a better world for those left behind (for those living in the world of Keynes), or perhaps creating a disaster ready to lurk in the shadows due to the over-consumption lead by the perception of ‘finite time’ (if you prefer your economics Austrian). Both can be analysed here: in Pushkin’s Russia, trade was starting to grow and capitalism was beginning to come onto the stage internationally. This allows us to consider how people react, as the mentalities are in flux. The people have not completed the transition. This is very much representative of Pushkin’s life, his grandfather having been a Serf who gained Aristocratic station for himself and successive generations of family before his death. This was almost unheard of until this period, as innovation was not seen as a requirement for success. During the era of Pushkin, the socio-economic landscape changed dramatically. Such a leap in ability and fortune in such a short time meant education had not kept up: the fatalistic mentality displayed within the text is testament to this.

What are the implications of this ironically fatalistic mentality? How can these characters respond to imminent death with such mirth and lightheartedness? What does this mean for us, in terms of the role of news and rumour during an epidemic?

It is also interesting that the little group identifies the disease as a female being: a queen who rules over her kingdom of suffering. This idea of the “female as a source of the curse” is in harmony with the play’s references to Greek or Roman mythology (for example, the group asks for a Bacchus song, who was the Roman God of agriculture and wine), and is probably inspired by tales such as the Pandora’s Box or Medusa, the complex of Jocasta’s blame. The personification of the plague is another noteworthy point. The mere possibility that she can “knock at our windows without cease…” creates a helpless feeling among the people, leaving them questioning what they should do.

Why is the plague personified as a woman? How does this compare with history? How do the readers perceive the notion that the plague is embodied? What parallels the qualities of femininity with the effects of the plague? How does this contrast the role and portrayal of women that was seen in our previous novel, Arthur Mervyn?

Moreover, the group’s gathering can be regarded as an ‘ultimate act of consumption’, since they do not only eat up their food, but in a way their life as well, by preparing themselves for the reception of death. Curiously, in the work of John Wilson the feast has a sexual connotation as well, since the priest, who attempts to remind the group of the codes of conduct they abandoned and defines them as blasphemous, calls the gathering an orgy. This can be taken as a term used to describe the ‘lack of restraint’, where desire has overtaken sense and it is true selfishness, despite not being at the deliberate expense of others. Food is often described as inherently sexual in that it is used as both a complement and substitute for such activity. However, this term could also be derived from ‘orgiastic’, which belies wildness, a lack of control, the death of restraint — not used to define a sexual connotation at all. The question appears, was this sexually more explicit term left out by Pushkin on purpose or was it simply lost through the process of translation?

When studying the underlying meanings of the feast, we must not forget about the religious implications it can carry. Is it possible that this last ritual of eating in the works of Wilson and Pushkin is a reference to the Last Supper of Jesus Christ and his apostles? If yes, then does their fate contain a hope of resurrection? Or are they going to be resurrected through their stories that lead to eternal remembrance, which; in fact, is implied in the first lines of the play:

“But he’s gone away

To a cold lodging underground…

Although that tongue of wondrous eloquence

We hope that we have provided enough topics to talk about in the upcoming days, and haven’t been too ambiguous for a Pushkin text. For vagueness is a trait of his works, leaving the reader yearning for a definite answer and simultaneously teaching us that we must be comfortable with the unknown: much like how his characters respond to the looming, unfamiliar world of death.

These short texts demonstrate a possible method of dealing with bad news and with disease. Rather than lamenting the tragedy, the characters use music and entertainment to lighten their hearts, practically mocking “this rude visitor the Plague” (Wilson, 44). Ultimately, just don’t take things too seriously, and remember to party orgiastically whilst you can!