Considering how much Bryan mentions The Smiths in class, I figure they might as well be another source to consider in our class. And I didn’t feel like people appreciated my comparison between Morrissey and Animal enough today in class… (created by yours truly) 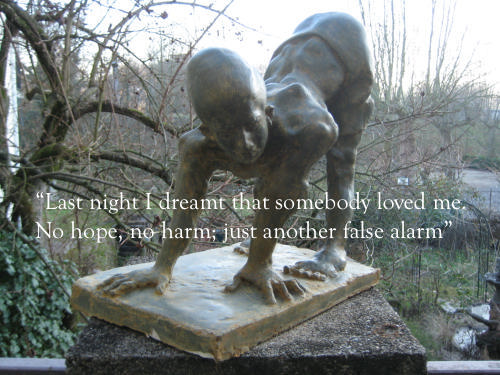 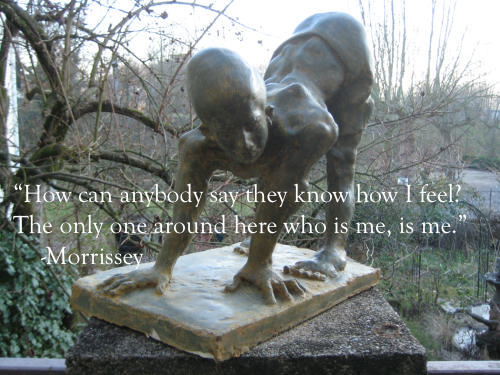 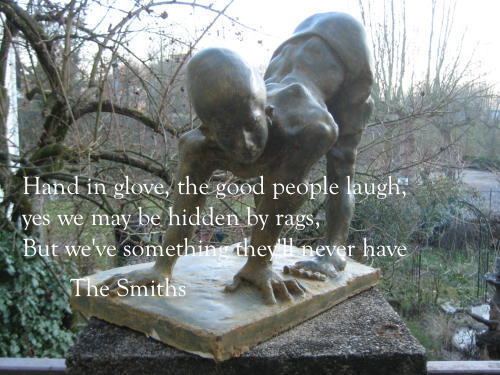 hehe, okay, sorry for all the references — by uploading these quotes, I would like all of us to think about Animal’s character, not just as a question of his struggles but in the context of his personality. For me, personally, I think the fact that I find him sympathetic means something, more about me than really about him. And I think this novel has a way of making you choose a side and then making you think about your place as a reader. When you read the tapes, you think about whether it is genuine, whether it is believable. When you read the conflicts of misunderstanding between Elli and Somraj, you think and consider each side’s points and weigh them. You are implicated in the story, and you are not allowed to be passive. When Animal says these Morrissey-like quotes, I see him as an honest-to-self expression of alienation and human struggle, not just isolated in the incident of the Bhopal disaster, but as a participant in a universal dialogue that we find in 1980s England (The Smiths), 1880s Switzerland (Friedrich Nietzsche), 1950s US (Catcher in the Rye), and other times and places that have not the fortune of such widespread attention (or simply my knowledge) but carry likewise in themselves the same sentiment.

EDIT/NOTE: Afterwards, I thought about this comparison between Animal and Morrissey/Holden Caulfield/etc and I don’t want to ignore one big fact. Animal has suffered from a man-made disaster, is disabled, and lives in poverty. His hope for the rest of his life was mostly stripped from him since the incident. I think there is merit in comparing the sentiments, but I don’t want to put them on the same level too simply.

← The Plasma Economy in China
The Gulabi Gang →