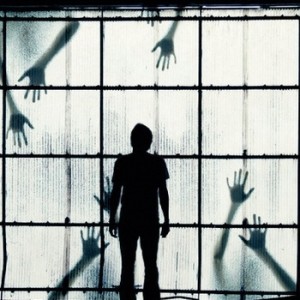 The Alving household is built on corruption and lies. These constituents do not simply subside and die with Captain Alving. Instead, they lead to the appearance of ghosts who inhabit the house and prevent the past from being forgotten. Therefore the ghosts are a symbol of punishment for the overflow of corruption, which is portrayed in Captain Alving’s iniquitous behavior of philandering and drinking and in Helene’s buildup of lies as she tries to protect her son from his dad’s wickedness and to maintain her family’s decent reputation. Helene’s corruption is also shown through her investment in building an Orphanage with all of her husband’s money, which is deceiving since one might think it is an act of altruism when in fact her sole motive was to protect her son from his father’s money.

“I’m inclined to think that we are all ghosts, Pastor Manders, every one of us. It’s not just what we inherit from our mothers and fathers that haunt us. It’s all kinds of old defunct theories, all sorts of old defunct beliefs, and things like that. It’s not that they actually live on in us; they are simply lodged there, and we cannot get rid of them.” (Ibsen, II pp.126)

One of the ghosts’ ways of punishment is by taking the form of an inherited disease. Apparently, Oswald suffered from constant headaches as a child. When combining all the symptoms of Oswald’s disease, such as neck stiffness, disorientation, and temporary paralysis, it was found that his most probable disease is congenital neurosyphilis, especially since in the 19th century, during the time the play was written, syphilis had become widespread. Oswald, according to “one of the leading doctors” in Paris, is “vermoulu” since birth.

“The sins of the fathers are visited upon the children.” (Ibsen, pp.138)

Oswald inherits syphilis from his father as he bears the consequences of the latter’s wicked behavior in the past. This situation is parallel to Oedipus’s inevitable fate of killing his father and coupling with his mother as he also has to suffer from his parents’ corruption. 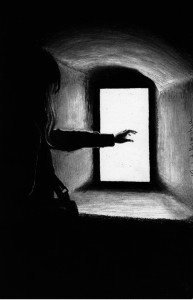 In addition, the ghosts of the story contribute to the gloomy setting of the play. Oswald despises Norway since it is always dark and there is incessant rain. He also mentions that he does not remember ever seeing the sun there, whereas in Paris, away from his family’s corruption, it is always sunny. After the last memory of Captain Alving, the Orphanage, is burnt to the ground and Helene discloses her husband’s true identity to Oswald, the sun finally begins to rise and the weather clears. By then, however, “Oswald shrinks in his chair [and] all his muscles go flaccid”. His last request is to be given the sun. He repeats, over and over:

By the time the Alving household becomes free of corruption and lies, it is too late… 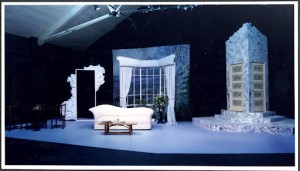 ← Poetry and Delirium
I hate to be an alarmist but… →