In today’s class we had a long discussions on how certain patterns, images and metaphors are continuously repeated throughout the pages of Black Hole (e.g.: the interchangeability of gender due to the similar features of characters, the appearance of scars that look alike, water symbolism.) I thought that it would be good to expand this conversation by pointing out another of Charles Burns’ works an animation called Fear of the Dark.

Fear of the Dark is part of a black and white horror film series on the subject of human fears written and directed by famous comic writers and graphic designers. Charles Burns contributed to this project by an approximately 18 minute animation with an introverted, intelligent and shy protagonist whose biggest aspiration is to get a girlfriend. Eventually he succeeds in finding a girlfriend, and their relationship seems idyllic, until one day, after waking up with a huge scar on her forearm, the girlfriend develops a crazy obsession with our protagonist. I won’t spoil the ending for you; if you are interested I encourage you to look at the video! I have one suggestion, though, while ‘enjoying the show’ keep an eye on the recurring patterns and symbols that seem so idiosyncratic to Burns!

Fear of the Dark

P.S.: Don’t watch it too late in the evening if you don’t want to loose your beauty sleep!

The young South African writer’s, Phaswane Mpe’s, sudden death was similar to a line that appears in his novel, Welcome To Our Hillbrow: “He died, poor chap; of what precisely, no one knew. But strange illnesses courted in Hillbrow, as Tiragalong knew only too well, could only translate into AIDS” (p.3.). Or at least an article that I bumped into, while searching for information about Mpe, suggests. The comparison might be twisted at first, but it seems that just like Refentse’s fictional work turned out to be Refilwe’s real fate in the novel, some of Mpe’s words have also translated into reality, that is, into his own life. The article bases this assumption on the fact that the causes of Mpe’s unexpected death have never been identified, and that only his struggle with creating more fictional works before his death is known.

It is suggested that the inability of his creative mind to flourish after his first novel was so severe, that a few months before his death, Mpe contacted a traditional healer who concluded that his ‘illness’ is a message from his ancestors that his new ‘career path’ should be one of a healers. Mpe, upon hearing this, aspired to learn more about herbal medicine, and listen to the stories of his patients, which, he hoped, would set his creative mind free. Tragically, he died before he was able to practice the ‘art’ of being healer. 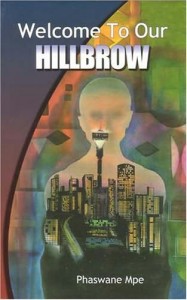 One has the impression that, just like his novel, Mpe’s life was a fusion of magical realism and the hard facts of real life. And whether the story told above is true or not, I couldn’t say, but still, linking patterns in an author’s life and his or her stories is always a good and intellectually satisfying game to play. Naturally, while having fun one must remember not to take things too far, since after all novels are works of fiction and shouldn’t be considered as autobiographies. Or, what do you think?

Some of us in the process of reading the novel “Pale Horse, Pale Rider” couldn’t help, but wonder (and have expressed their inquiries during the class discussion as well) that what happened to Adam in the end of the story? His death is only explained in a rush with a couple of sentences “Adam had died of influenza in the camp hospital” (p.206), and Miranda merely refers to him once in her feverish dream or vision of his ghost “At one he was there beside her, invisible but urgently present, a ghost but more alive than she was.” (p.208)

Even though Adam is not the most significant character of the story, and Miranda only had a ‘whirlwind’ romance with the young soldier, I believe that by giving thought to his possible fate we can gain a valuable insight into the events of the influenza epidemic (as many refer to it the ‘Spanish Influenza’) of 1918.

Let’s just start this little ‘game’ by imagining how the telegraph that informed Adam’s family of his death could have looked like: 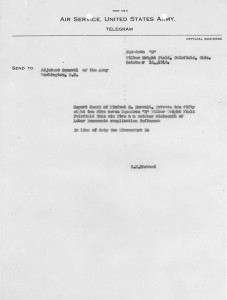 And how the letter carrier, who brought the tragic news to Adam’s family, could have dressed up:

This man, who used a mask to protect hismelf against the influenza, was a letter carrier in New York in 1918 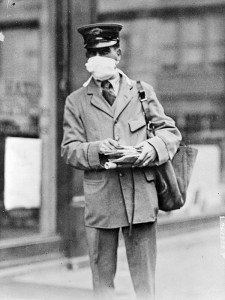 And how Adam’s funeral could have been prohibited, due to the cancellation of public events in the US: 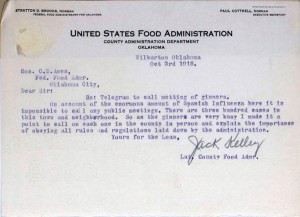 And how the police, who have made sure that the ‘mob’ behaved accordingly to the laws (e.g.: avoided public events), could have looked like:

This is a picture taken of the police of Seattle (1918)

I hope that this little time travelling, and exploration of the ‘ifs’ in Adam’s fate helped you to understand more about the historical context of Pale Horse, Pale Rider and the global cosnequences of the influenza epidemic of 1918. If you think that your knowledge of the era needs to be slightly updated, feel free to visit this website that I used to find these resources.

And remember: ‘avoid’ the seasonal flu at all costs! 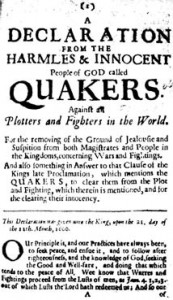 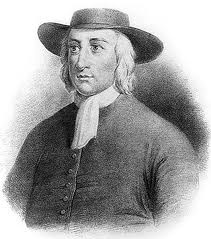 While reading the book, and throughout the class discussions, in which we touched upon Arthur Mervyn’s strong ‘moral’ guidelines (this is not to imply that he always acts ‘morally’) that influence his decisions, I kept asking myself: what kind of factors or events made Arthur the man we met in the first pages of the book? Though the first part of the narration (Volume I) doesn’t provide much information about Arthur’s (religious) background, we know that from early childhood he was acquainted with the values promoted by the Quakers or the Religious Society of Friends. As additional information, we are aware of the fact that the author of the book, Charles Brockden Brown, also grew up in a Quaker household and was familiar with the customs and philosophies of this religious movement.

Therefore, I believe that in order to fully comprehend the underlying themes of the memoir and the connection between religion and society’s response to diseases (in our case the yellow fever), it is important to gain insight into the Quaker ‘way of life’ and their views on egalitarianism and social hierarchy.

Although our commentators for this week have given us some details in connection with this movement, I think that some extra information wouldn’t hurt our so very ‘absorbtive’ minds. You can find a short overview on the views of Quakers on this link, if you are interested!