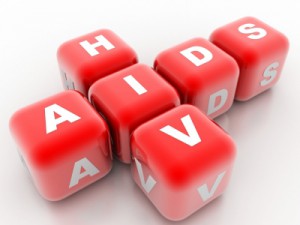 Word choice is an important part of our class, Contagion, and understanding what a word means is essential when understanding an actual illness, whether we are thinking about its denotation or connotation.

In class, we touched upon the difference between the word “disease” and “syndrome.” In Act 1 Scene 9 (Page 44), Henry, the doctor, explains to Roy his condition (AIDS) and when Roy calls it a “disease,” Henry corrects him by saying that it is a “syndrome.” This stirred up confusion as some people, like myself, thought that AIDS is an illness that simply kills people over time. However, AIDS is a condition that weakens people’s immune system and makes them vulnerable to other diseases. Put simply, “a person is diagnosed with AIDS when their immune system is too weak to fight off infections.” In fact, AIDS stands for: Acquired Immune Deficiency Syndrome. AIDS was “first identified in the early 1980s” and the novel, Angels in America, was published in 1992 which explains why some people did not know how or what to call it.

Here is more information about the syndrome. AIDS is caused by HIV, which stands for Human Immunodeficiency Virus, and it is a virus that attacks one’s immune system cells. When it damages these cells, the body becomes susceptible and it cannot fight off other infections. When this is left untreated, “it can take around ten years before HIV has damaged the immune system enough for AIDS to develop.” Here is a short clip explaining the process (http://www.avert.org/aids.htm).

HIV is found in the sexual fluids of an infected person, their blood, or in the breast milk of a woman. HIV gets transmitted when an adequate quantity of these types of fluids get into another person’s bloodstream. Here are some ways people can get infected with HIV: “Unprotected sexual intercourse with an infected person…Contact with an infected person’s blood…Use of infected blood products: Many people in the past have been infected with HIV by the use of blood transfusions and blood products which were contaminated with the virus. In much of the world this is no longer a significant risk, as blood donations are routinely tested for HIV. Injecting drugs: HIV can be passed on when injecting equipment that has been used by an infected person is then used by someone else…From mother to child: HIV can be transmitted from an infected woman to her baby during pregnancy, delivery and breastfeeding.”

What is worrying is that “many people think there is a ‘cure’ for HIV, the virus that causes AIDS – which perhaps makes them take risks that they otherwise wouldn’t.” There is no cure for HIV but there are ways in which one can prevent it. Still, Antiretroviral Treatment can prolong the lives of those living with HIV and, fortunately, “someone with HIV who is taking treatment could live for the rest of their life without developing AIDS.”

Thank you for reading.